It is the fifth entry in Digimon Story series and a part of the Digimon Adventure 15th Anniversary.

The PlayStation 4 version was released in Japanese in 2017 along with the sequel and the sixth entry in Digimon Story series, Digimon Story: Cyber Sleuth Hacker's Memory.

This is Japan of the near future. With technology now allowing for visual and sensory access of the Internet, Cyberspace EDEN rose among the people as an alternate daily landscape in addition to the one they already had. This cyberspace is protected by computer security. However, as it became more interwoven with people's daily lives, the crimes committed in EDEN increased as well. The cyberspace became damaged considerably by hackers making use of special virus programs. Those virus programs are equipped with AI, and are capable of absorbing all sorts of information, as well as evolve in various ways in response to their environment. People began to call these virus programs 'Digital Monsters'... 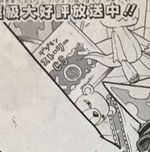