File Island (ファイル島, Fairu Tou) is a massive island in the Digital World that is broken up into smaller areas with vastly differing landscapes. 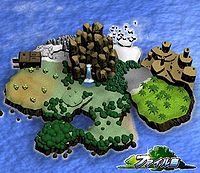 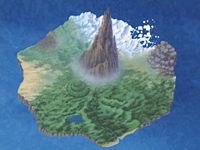 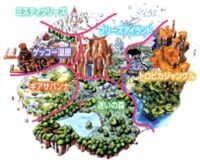 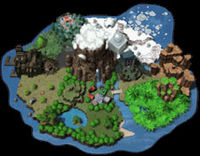 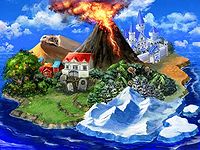 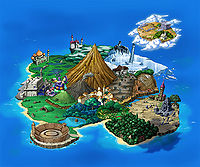 While not actually visited, Gabou mentions that all of the Digimon in Taichi's Pendulum notebook are File Island monsters, and that they are on the Folder Continent.

File Island is accessed through the portal of Archive Port from the Directory Continent, which connects to the Archive Ship in the Beetle Land area of File Island.

File Island is once again where the entire game takes place, centered around the Village of Beginnings. The different areas of File Island has changed drastically by the time of Re:Digitize, with the Village of Beginnings prospering into an impressive city and Infinity Mountain remodeled into the DigiTower. An unknown creature is causing trouble to the various Memorial Steles in each area of the island. You must journey to different areas of File Island to check on the Memorial Steles, and recruit Digimon on the way to help populate and expand the city.