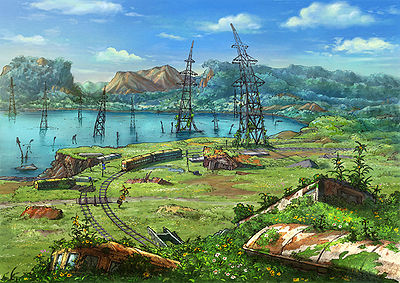 Railroad Plains (鉄路の平原 Tetsuro no Heigen) is the plains on the southern portion of File Island, where the Unwavering Forest once was.

Taiga first arrives to File Island in the Railroad Plains, where he encounters his partner Agumon. While figuring out the situation with his Digimon, a possessed Gabumon appears and attacks them. After the battle, Taiga heads north to the Village of Beginnings in order to seek out the village elder for the current situation of the Digital World...