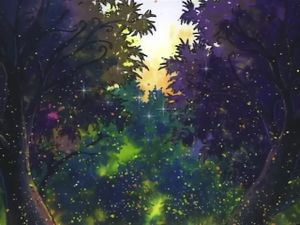 Homeostasis (ホメオスタシス, Homeosutashisu) is a formless, god-like entity, or group of entities, that maintains the balance between good and evil in the Digital World. Because it has no body, it has to possess other people's bodies to communicate.

Homeostasis shows them a holographic recording of the past, when Gennai and his associates were preparing for "the moment when the world would be overrun by darkness" in the basement of what the Chosen Children know as Vamdemon's castle, and reveals to them that it chose them back in 1995 when they witnessed Greymon and Parrotmon's fight, then created the Crests and Digivices based on data it scanned from the children at that moment. It also shows them the day the Dark Masters attacked and stole the Crests, how Gennai escaped with the Digivices and Digitama (also showing the loss of Tailmon's Digitama), the hatching of the partner Digimon from those Digitama, and how they waited for the children to arrive.

It is never referred to by name in the anime, but was given the name "Homeostasis" in the novelization of the series. 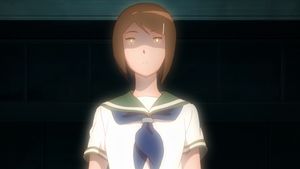 Homeostasis is opposed to Yggdrasill and aims to keep Meicoomon's powers from disrupting the balance between the Real and Digital Worlds. It is assisted by Hackmon, who acts as its messenger in the place of Gennai, who is missing.

In "Confession", Homeostasis possesses Hikari again while she is at school and, in her body, leaves to find the eight partner Digimon. It warns them of the existential threat that Infected Digimon pose to the balance between the worlds and says that the only way to prevent the total destruction of the Digital World is "a great sacrifice", but it loses its control of Hikari before it can say anything else. Himekawa Maki, who had eavesdropped on the meeting, explains to the Digimon that it was talking about the Reboot.

A flashback in "Loss" shows Homeostasis possessing Himekawa Maki during the battle between her group of original Chosen Children and the Dark Masters. Homeostasis appears to be the one to give the other partner Digimon the power to evolve into the Four Holy Beasts.

In "Coexistence", Homeostasis has decided that Meicoomon has become too powerful and must be destroyed, and tasks Hackmon with killing it. It also believes that the Chosen Children have failed to do anything to stop Meicoomon, are no longer of any use to it and must no longer interfere with its will, so the Digital World starts to reject them by randomly changing its terrain and subjecting them to angry Digimon attacks. When the Chosen Children confront Meicoomon in the real world and Jesmon joins the battle, Homeostasis possesses Hikari again to try and convince the Chosen Children not to interfere, but they reject its insistence that the should forget about their friendship with Meicoomon, and Hikari forces Homeostasis out of her.

Homeostasis using Hikari's appearance to manifest itself in "BONUS TRACK".

Homeostasis is a digital entity meant to take care of the Digital World, after Yggdrasill had gone berserk in the past and attempted to destroy the human world. Homeostasis was created as a response to that, to work as Yggdrasill's successor and to be a more calm and protective god. Wizarmon describes it as having "infinite knowledge" but "not being all-knowing".

In "Xros Alliance! The Final Battle in Odaiba!!", Ulforce V-dramon and Wizarmon talk about how it once predicted, based on the data from scanning the Digital World, that a "two-headed dragon" will come and destroy both the real and Digital Worlds. The prediction comes true in "Xros Stars! Like a Falling Star!!" when Shademon (Nene Ver.) forces a DigiXros between Millenniumon and Dark Knightmon (Lilithmon) to create Zeed Millenniumon.

Homeostasis is seen in a flashback in "Xros Miracle!! Reel in a Sliver of Hope!", where Bagramon questions it about the world's justice before his fall from grace.

Homeostasis possesses Yagami Hikari to talk to Taiga. It uses Taiga's battle with Hikari to see if Taiga has the light to save the World, deciding he does after Taiga defeats her.