From Wikimon
(Redirected from Network) 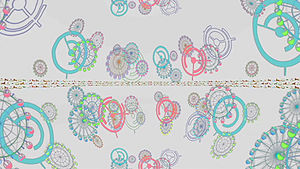 The Internet as seen in the Digimon Xros Loader

When Aragaki Youko was 4 years old, she fell into the Digital World from the rift in the Internet and became good friends with Lunamon. She eventually returned home. Two years later, Lunamon went to the human world to reunite with Youko.[28]

When Wu Hai was 9, he encountered Lopmon who fell into the human world from a crack in the Internet.[29]