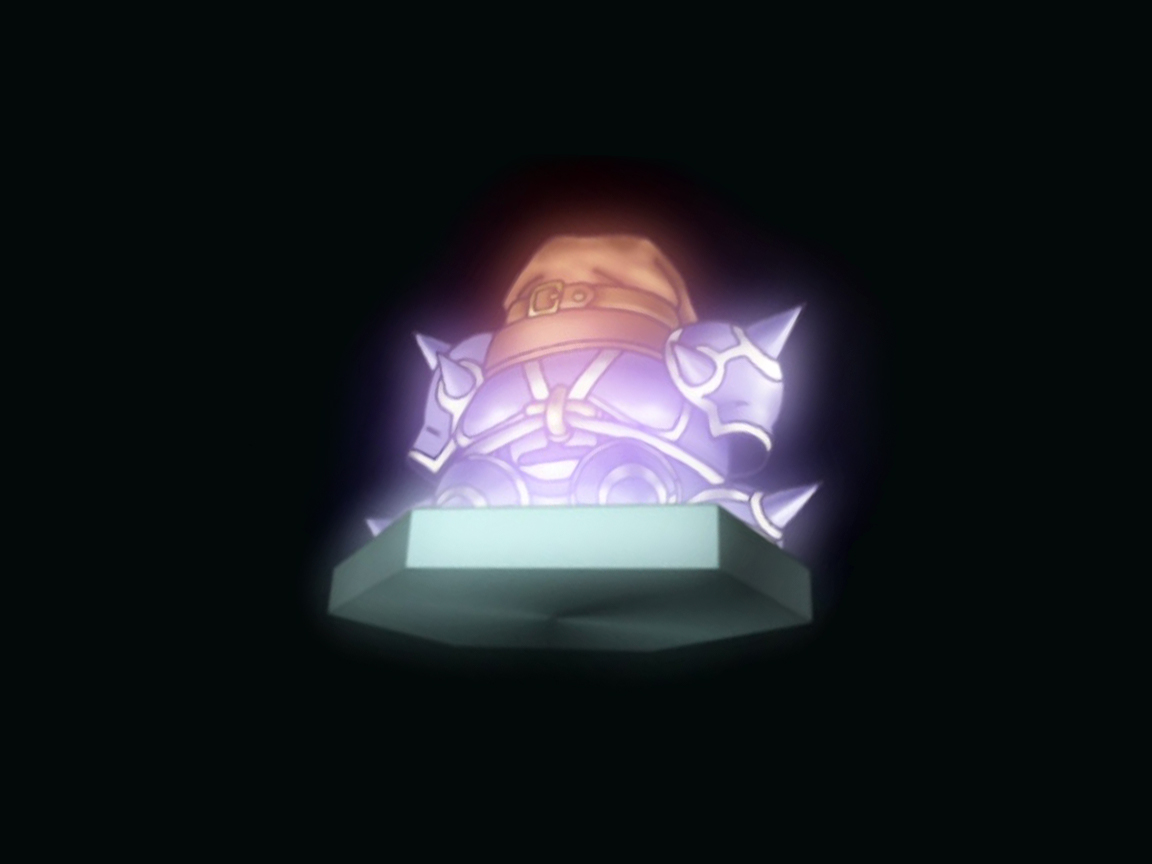 The Human Spirit of Earth

The Human Spirit of Earth was created from Ancient Volcamon after his battle with Lucemon in the past. From there it passed to Cherubimon's keeping. When Cherubimon betrayed the Digital World he transformed it into Grottemon. Grottemon is defeated by Junpei in "Thunder! Even Rock Breaks! Bolgmon's Do-or-Die Challenge" and the spirit is stored within Junpei's D-Scanner until he transfers it to Takuya in "Spirits Become One! Takuya and Kouji's Ultimate Evolution!" to allow him to hyper spirit evolve into Kaiser Greymon.

(Note: Is called Spirit of Earth H in the TCG.)