Shoutmon and Ballistamon take the gang up to a cliff to show them his village: The Village of Smiles. Suddenly Jijimon appears and explains that the evil Bagura Empire has invaded Green Zone where the village is located. At this point they notice an aerial attack occurring on the village, so Shoutmon and Taiki head down to save the Pickmon who live there. The first attack fails, so Taiki uses his Xros Loader to join the metal Pickmons into a catapult to launch Shoutmon into the air. He uses his attack Rowdy Rocker, destroying the enemy and saving the village. However, an enemy Coelamon had been spying on the whole battle.

Akari begins to miss her parents after looking at her phone, but Cutemon appears and cheers her up. Zenjirou has fallen asleep and is not aware that this new Digimon has arrived. The Coelamon sees this as an opportunity to "eliminate" his target, however Dorulumon arrives just in time and slays their attacker. He then departs with Cutemon on his back. As Taiki and Akari talk, Shoutmon realizes that they do not intend to stay in the Digital World - so he tries to change Taiki's mind by throwing a welcome party. Elsewhere, Kiriha defeats the first and second platoons of Mad Leomon's army by performing the Digi Xros on Greymon and Mail Birdramon. Mad Leomon swears revenge on all humans who enter the Digital World.

Shoutmon thinks that his plan is a success, but Taiki and the others are still adamant that they must return to the human world the next morning. Shoutmon tries to tell the children how important it is that they stay, saying that other humans are also using the Digi Xros in the war, but Akari thinks that other humans might be able to help them get home. Shoutmon continues to plead with Taiki, however Taiki thinks that Shoutmon's dream of becoming King is selfish. Suddenly, Shoutmon becomes very angry, and leaves.

The next morning the children attempt to leave the village, however Mad Leomon finds them and unleashes Orochimon onto them. They run back to the village, but are trapped by Orochimon. Shoutmon leaps in front of them to defend the children and the village, and Taiki realizes that the real reason Shoutmon wants to be King is to protect others, and that Shoutmon isn't selfish at all. Disgusted by the teamwork, Mad Leomon absorbs Orochimon to become Mad Leomon (Orochi Mode). To defeat this new beast, Taiki digixroses Shoutmon and Ballistamon to create Shoutmon X2, who successfully attacks Mad Leomon with his Buddy Blaster. Mad Leomon appears in the smoke in his original form, and Orochimon is presumably destroyed. Nene watches over the triumphant children as they celebrate, recognizing their amazing strength. 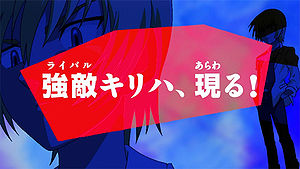 Taiki becomes friends with Shoutmon and the other Digimon. Aware that he can control the Xros Loader, the Bagra Army attempts to eliminate him. Then, a youth named Kiriha, who also possesses a Xros Loader, appears in front of Taiki and the others. Kiriha asks him to become his right-hand man, but... Elsewhere, Tactimon, the leader of the Bagra Army, has put his next strategy into motion. 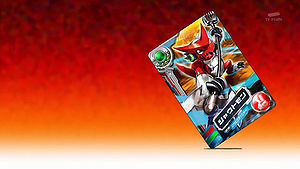