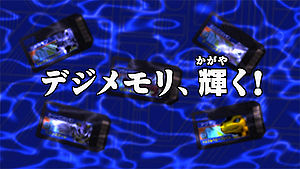 Captured by Neptunemon, Archelomon is forced to give up the whereabouts of the Code Crown. In order to protect the Code Crown, Taiki and the others head into the stomach of a gigantic Digimon, Whamon. There, the group, as well as the Bagra Army, wage battle inside Whamon.