Hi, were there any updates for Crusader as of right now?

I'm just gonna paste the Japanese here, because the site is gonna go down soon. Someone translate this please~

The Digital World is undergoing a great chaos, a vortex of war never seen before. The cause: the main computer had the task of maintaining order; however "Yggdrasill" suddenly vanished. Due to the lack of rules, the Digimon tried to gain power to become the "Next Ruler of the Digital World". To keep the right direction, Angewomon decided to call coaches from the Real World that could handle the cards to correct the situation.

In the forest, far from the wars, Aegiomon was living in peace with his friends, but one day the peace was interrupted by the invasion of Titamon and his army of Orgemon. So, he will be involved in the war and will fight for his fate in the battlefield!

I wondered if it might be possible to upload in .JPG format the artwork of the game that is found currently in .PNG format in order to homogenize the wiki. I'm trying to remove the shadows of the latter ones, but it is a difficult task. What do you think? Shadow Shinji (talk) 14:18, 4 December 2014 (CST)

JPG is a lossy format and doesn't support transparency, I don't think images that are originally in PNG format should be converted. Most importantly, some even lose their effect on a white background. For example, Splashmon's "shinies" are hardly visible on white, so it's best to have a flexible background for it. In some of the images you edited, the white pixels around the Digimon don't look good, though, those were better with shadows (Spadamon for example, another one with remarkable transparency effects) . --Grandy02 (talk) 15:26, 4 December 2014 (CST)

Well, it's ok. I'll upload the remaining shaded images in a provisional way, pending that someone can provide higher quality images. On the other hand, if you opt for the .PNG format, I'll try to get the original format and then upload them to the wiki. Shadow Shinji (talk) 17:36, 4 December 2014 (CST)

In my opinion it should be used the .jpg format since, although some of them lose some quality, at least they don't have that disastrous and horrible shadow. Charles.929 (talk) 11:30, 5 December 2014 (CST)

But even then the shadow has to be removed manually before saving and thus it takes as much effort, doesn't it? I tried simply using an eraser without creating those white pixels:

Wow! How did you do?? It looks amazing for me :) Yes it is quite hard to obtain a cool result, but I can try it. I agree with Charles, that shadow looks cool in the game, but not in the extracted artwork.
Shadow Shinji (talk) 17:06, 5 December 2014 (CST)

As said, I only used an eraser and carefully cleaned the Digimon's outlines and removed the rest with rectangular selects. While doing all this the image was given a white background layer. --Grandy02 (talk) 03:00, 6 December 2014 (CST) 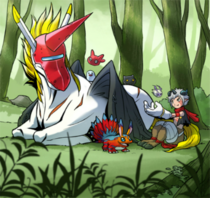 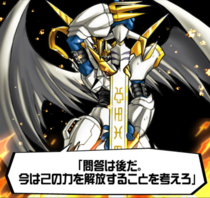 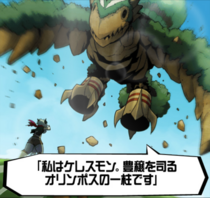 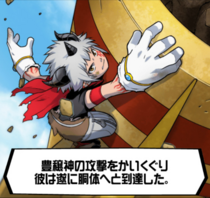 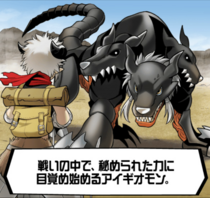 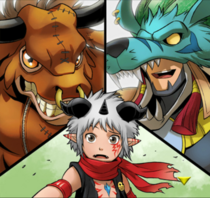 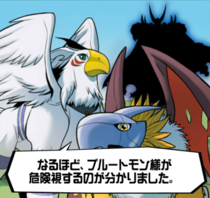 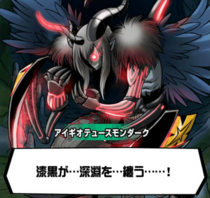 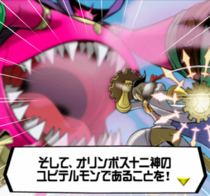 Server going down later this year[edit]

I've noticed that seemingly none of this game's evolutions are listed on Wikimon. Here is a link to the website (which will probably go down when the game goes down in December this year): [1] Bob the Wikipedian (talk) 12:14, 12 November 2017 (CST)

Correcting myself, didn't realize the game was listed in articles as "Digimon Crusader" instead of as "Digimon Heroes!", which is the name the Android app currently uses. Bob the Wikipedian (talk) 12:21, 12 November 2017 (CST)